The last year has been the fastest of my life. I never noticed how fast time went until I had kids, especially two of them. The first 4 or so months of Calder's life are a complete blur because I was desperately trying to just stay afloat and keep two kids alive (and find my damn wedding rings...which I did at some point). Somewhere around the 5th month I felt like we got into a groove and having two kids was the norm. Little Roo was not a good sleeper from the get go (and had a bad gassy belly), so sleep deprivation was a major struggle, but I introduced myself to coffee and that might have been the turning point. (COFFEE...where were you in college?!!!) 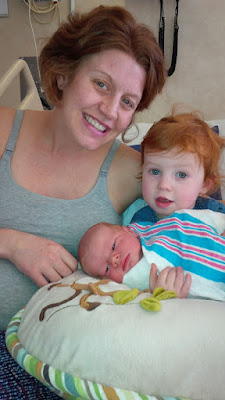 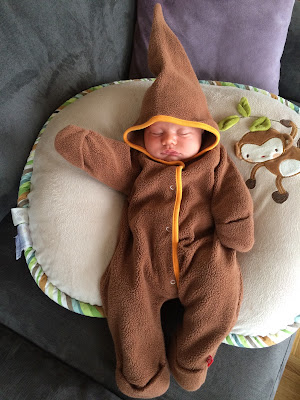 I obviously was over the moon in love with this little guy from the beginning, but having to spread my attention across two kids made Calder's newborn phase so different than Darby. There wasn't a whole lot of time to just stare at him for hours on the couch. I was more often than not trying to feed Darby lunch or give her a bath while nursing Calder while standing up. It's amazing how many things you can do at one time when you have to! 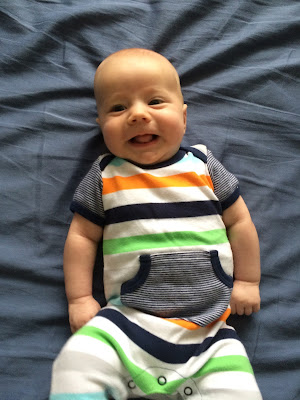 Little Roo was all over the place in his first year...Crested Butte, CO at 4 weeks, UT, Sandpoint, ID, Martha's Vineyard, Seattle and NYC to name a few. He is a tough plane traveler because even from the beginning he just didn't want to sit still. We bounced, we nursed, we passed him around, we tried everything and every flight I threw up the white flag and said I wouldn't do it again. 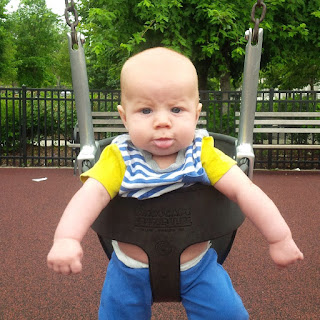 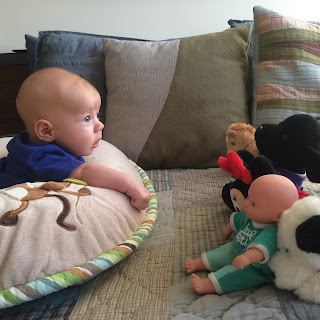 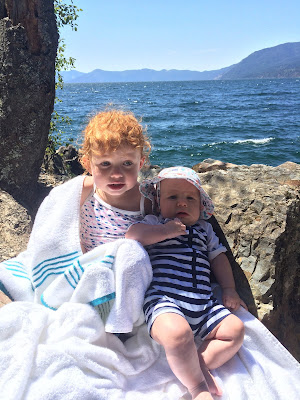 It seemed like it took a little while longer for his personality to come out (probably because his belly hurt for the first 6 months), but when it came out, we were even more in love. After having such a spirited kid like Darby I often joked that I would be ok with a dud of a kid with a mellow personality. We kind of thought that maybe that's what we got in Calder, but we have been proven wrong 100%. 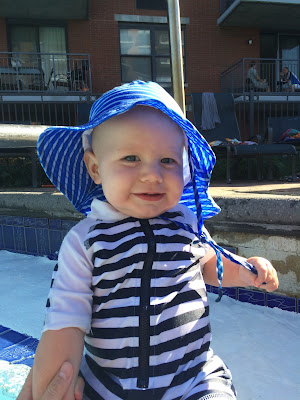 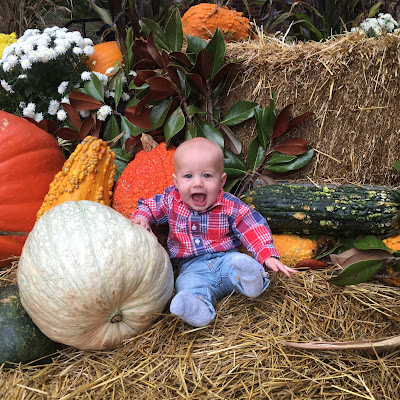 This little boy is social and loving to everyone he sees, has the best smile that makes everything ok again, is the most ticklish little squishy thing I've ever met and adores his family more than anything else. He is super independent and will entertain himself for hours...usually picking up balls and throwing or kicking them into things. Though even when he is entertaining himself he will come find me every 5-10 minutes just to give me a hug and then take off again. Heart melt. 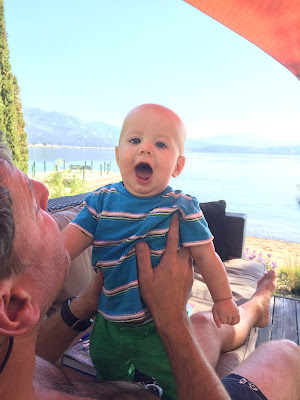 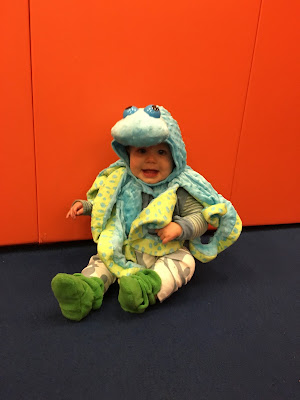 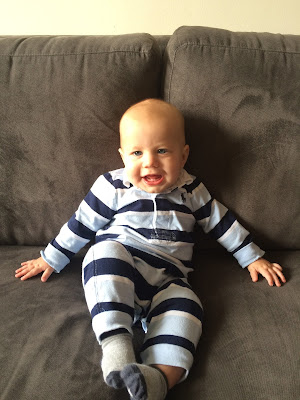 He loves to chat all day long. I never feel like I'm missing human interaction when I'm hanging out with him because we talk back and forth all day long. He doesn't have any real words but his inflections are spot on and he waits for me to finish talking before he starts blabbering. Unless he's sleeping, he's talking or singing Twinkle, Twinkle (again, no words, just the exact sounds of the song). 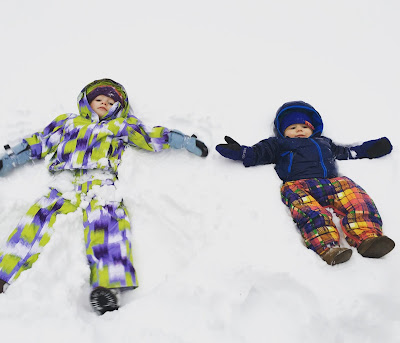 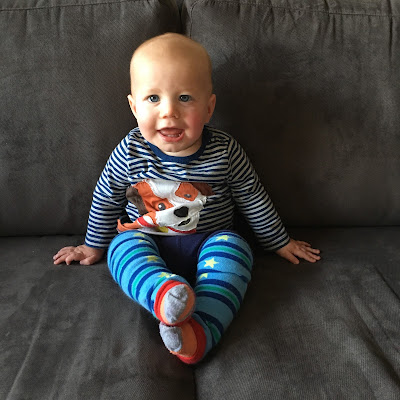 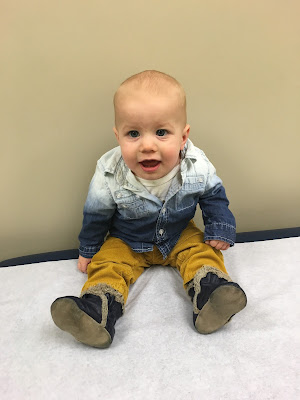 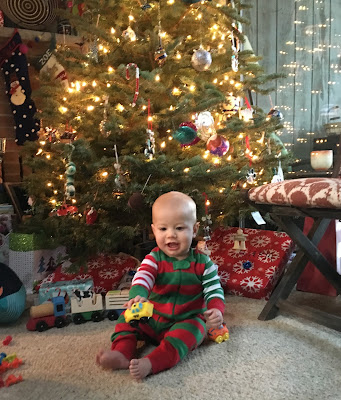 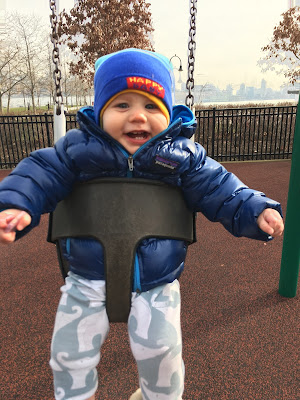 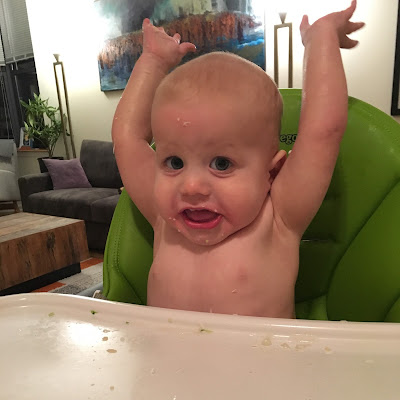 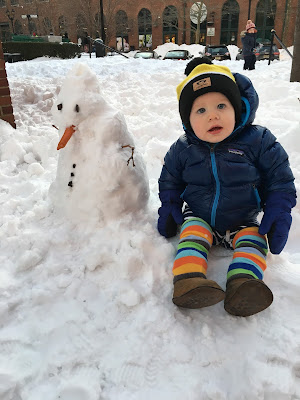 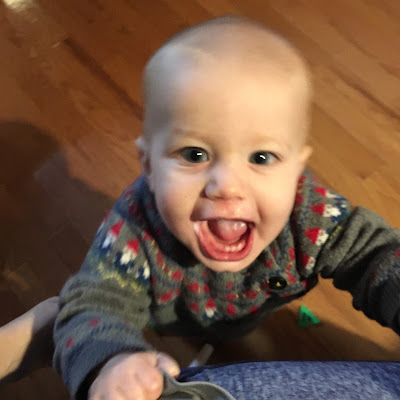 Happy first birthday little man (a couple months late)! Each day with you has been such a joy and everyday is better than the day before.


Posted by KelliJamison at 8:32 PM